Sorry, you missed this event, SIGN UP to get information on our forthcoming shows

Please note: This trailer for this performance does contain some swearing and white noise.

Simone Mousset - The Passion Of Andrea 2

The Passion of Andrea 2 is like trying to hold soap when it’s wet. It is the solution that constantly escapes us. It is a magic trick, deadly game, dance performance, farce, debate, musical, sci-fi monologue, all in one.

Masquerading as a sequel to an earlier, non-existent version of itself, The Passion of Andrea 2 is a mischievous con artist of a dance piece which deals with uneasiness, the inability to fully understand, and the painful desire for more. A combination of imagination and mystery, never completely revealing itself, it is essentially a show about a world of impossibilities, in which disappointment, idealism, anger, confusion, and death carry on a strange dialogue.

"If you do or don’t know what to do with your life, go see this show! The performers are exceptional! ” - Audience reaction

Please note: This performance does contain some swearing and white noise.

About Simone Mousset
Simone trained at Trinity Laban, the RAD, and LCDS/EDge. Recipient in 2017 of the Luxembourgish Dance Award, Simone is currently supported on a three-year programme by the Fondation Cléo Thiberge Edrom in France and is the first Associate Artist at the Escher Theater in Luxembourg. She works with artists and companies across Europe, Russia, and the Middle East.

Click HERE to find out more about Simone Mousset.

The duo take on the persona of the HARLEKING - a demon with multiple identities moved by an insatiable hunger.

It's mode of communication has a specific hypnotic quality in which its contents, often extreme and contradictory, merge to create a fluid, metamorphic system where anything can happen, yet all is blurred.

With mannered gestures and jesterly attitude, the HARKLEKING projects an air of courtliness and a feeling of profound mistrust. It is reminiscent of the Grotesques, ancient wall decorations, in which monstrous figures emerge and blend in with elegant ornamental volutes. Figures, which, although can evoke amusement, do not elicit any joy which bodes the question ‘who is the joke on?’

Artists presented in the framework of Aerowaves, Co-funded by the Creative Europe programme of the European Union

Supported by the Italian Cultural Institute in London 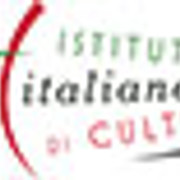 About Ginevra Panzetti and Enrico Ticconi
Based in Berlin and Torino, Ginevra and Enrico have been working as a duo since 2008. Their artistic research interlaces dance, performance and visual art. Deepening themes related to the historical union between communication, violence and power, they draw on ancient imaginaries, creating hybrid figures or images between history and contemporaneity.

Both graduated from the Academy of Fine Arts in Rome and attended Stoà, School for rhythmic movement and philosophy in Cesena, led by Claudia Castellucci. In 2010 they moved to Germany and delved into individual, but mutually complementary paths: Ginevra studied Media Art at the HGB in Leipzig whilst Enrico studied Dance, Context, Choreography at the HZT in Berlin.

This event is part of Spring Season 2020

Due to the Covid-19 global pandemic outbreak and following the government advice, all public programmes (theatre shows, classes and studio hires) have been cancelled for the time being.